Is Your Electrical Panel Safe? 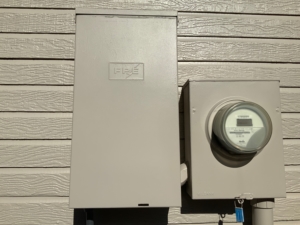 Just because you electrical panel is working does not necessarily mean it is safe. Over the years millions of unsafe panels have been installed across the country. There has been class action lawsuits and many documented fires, and yet some still remain in service. Let’s dig in a little deeper to find out which panels are deemed dangerous.

Federal Pacific Electric (FPE Stab-Lok® ®) was a widely-distributed electrical panel brand throughout the United States and under the Federal Pioneer brand, also in Canada very similar product continues to be sold. For years, anecdotes and field reports about FPE Stab-Lok® ® hazards and defects have been discussed at professional conferences and occasionally in the media.

Field reports of recalls, poor and even fraudulent manufacturing & labeling, house fires,and injuries have been reported attributed to this product. Independent testing confirms that FPE Stab-Lok® ® circuit breakers fail to trip, at times as much as 70-80 percent of the time. We have found no data indicating that circuit breakers from other manufacturers fail at anywhere near this high rate. You can read more about them here. https://inspectapedia.com/fpe/FPE_StabLok_Summary.htm